Terry “Chico” Dennis Christensen, 68, of The Villages, Florida, formerly of Savoy, passed away July 3, 2019. He was born February 25, 1951 in Arlington, Minnesota. He is survived by his four children; Stephanie (Michael) Johnson of Loda, Amie Christensen of Paxton, Teri Siddall of Loda, Dustin (Lindsay) Christensen of Paxton, six grandchildren; Heather Johnson, Mallory Johnson, Kaila Christensen, Tayt Siddall, Pyper Siddall and Lucy Christensen, a sister, Jeanne Mattes of North Mankato, Minnesota, a niece, Ixchel (Ivan McGuire) Mattes and a nephew, Zach Mattes. He was preceded in death by his parents, Charles and Lois (Miller) Christensen and a granddaughter, Natalie Johnson. Terry spent his youth in Winthrop, Minnesota and graduated from Winthrop High School. He served in the United States Navy at Andrews Airforce Base in Washington DC before moving to Illinois in 1973. Terry followed in his father’s footsteps and was a bricklayer by trade retiring from the University of Illinois. He was a member of the Bricklayers Union. Terry was an avid fisherman and bowled weekly on a league at Old Orchard Lane in Savoy. Always a handy man, he began woodworking in his retirement and made birdhouses among other things. 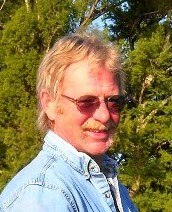