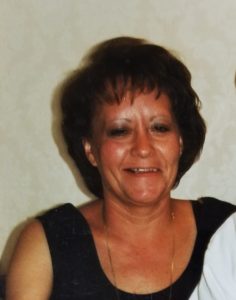 Lynda Joyce Torgerson, age 67, passed away at the Good Samaritan Society in Arlington on the evening of Friday, September 27th. A memorial service will be held at the Zion Lutheran Church in Arlington at noon Wednesday, October 2nd. A time for gathering of family and friends will be held from 10:30 a.m. until the service time at the church. Lunch to follow service. Pastor Deborah Dawson will officiate the services. Interment will take place at the Lake Ripley Cemetery in Litchfield at 1:30 p.m. Thursday, October 3rd. She is survived by four daughters, Patrice O’Hanlon of Minneapolis, Jennifer (Jason) Quast of Arlington, Kathryn (Kraig) Husfeldt of Gaylord, and Chrissy Haggenmiller of Arlington; eight grandchildren, Mackenzie and Molly O’Hanlon, Isabelle Kamps and Kiley Quast, Mason and Lucas Husfeldt, and Morgan and Paige Haggenmiller; one great-granddaughter Avah Larson; one brother, Robert (Tracey) Bengson; one brother in law James (Barbara) Torgerson; many nieces and nephews, 2 aunts and many friends. She is preceded in death by her husband Paul Torgerson; parents Eli and Virginia Bengson; father in law and mother in law Floyd and Gertrude Torgerson; Brother in law Larry Torgerson; niece Stephanie Sipprell; grandparents, aunts and uncles. Lynda was born in Gaylord on August 3, 1952. She was the first child born to Eli and Virginia (Trebelhorn) Bengson. Lynda was baptized at Peace Lutheran Church in Winthrop on September 7, 1952, and later confirmed in her faith on May 29, 1966. She lived in Winthrop and went to school there until her junior year. She moved to Litchfield with her family in October of 1968 and graduated from Litchfield High School in 1970. She studied to be a Radiology Technician at Meeker Memorial Hospital in Litchfield. She started dating Paul Torgerson in 1973, they were married August 21, 1976 at Zion Lutheran Church in Litchfield. They shared 39 years of marriage. Their daughter Jennifer was born in 1982 and Katie following shortly after in 1984. Lynda was an amazing mother, many of her daughters’ friends thought of her as a 2nd mother to them. She always had an open door and was there for any of them that needed anything. Lynda always said that she felt blessed with so many friends and relatives whom she loved very much.