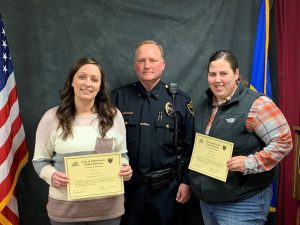 On September 21st, April Trebelhorn and Myranda Bauer attended a wedding for a mutual relative which will go down as a memorable day for the duo!  The reception was going as planned at the 4-H Building on the McLeod County Fairgrounds in Hutchinson.  At 5:17 p.m., the Hutchinson Police Department received 911 calls for an individual who had collapsed and was suffering a heart attack.

The the complete story, check out the December 25 issue of the Winthrop News.