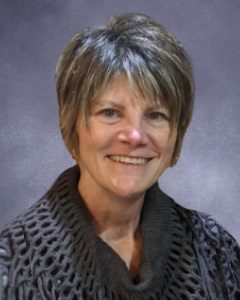 Brenda K. Miller, age 57, of Penn Township, Minnesota, passed away on Sunday, June 7, 2020, at her home in Penn Township. Funeral service were held Saturday, June 13, 2020, at 1:00 p.m., at Immanuel Lutheran Church in Brownton, Minnesota, with interment following in the Immanuel Lutheran Cemetery in Brownton. Clergy officiating was Reverend R. Allan Reed. Organist was Vicki Herrmann. Soloist was Kristen Hansch “Hallelujah.” Congregational hymns sung were “How Great Thou Art” “Come Thou Fount of Every Blessing” and “Jesus Christ Is Risen Today.” Honorary casket bearers were Brenda’s nieces and nephews. Casket bearers were Larry Witt, Kevin Lindeman, Gunnar Tiegen, Keith Adams, Jason Troska, and Kevin Nordby. Brenda is survived by her husband, Kevin Miller of Penn Township, MN; children, Logan, Lindsay, and Lane Miller of Penn Township, MN; mother, JoAnn Tiegen of Hayfield, MN; brothers, Gregg Tiegen and his wife, Gwenda, of Byron, MN, Eric Tiegen and his wife, Lori, of Stacy, MN; brothers and sisters-in-law, Mark Miller and his wife, Corina, of Prior Lake, MN, Nancy Sweely and her husband, David, of Stewart, MN; nieces and nephews, Gunnar Tiegen, Greta Tiegen, Greer Tiegen, Brittany Tiegen, Gabrielle Tiegen, Jacob Tiegen, Rebecca Lillemon and her husband, Jordan, Tyler Miller, Miranda Sweely, Victoria Sweely, and Savanna Sweely; mother-in-law, Faye Miller of Brownton, MN; many other relatives and friends. Brenda is preceded in death by her father, Dale Tiegen; brother, Jason Tiegen; and father-in-law, Herman Miller. Brenda Kay Miller was born on March 22, 1963, in Rochester, Minnesota. She was the daughter of Dale and JoAnn (Williams) Tiegen. Brenda was baptized as an infant on April 28, 1963, and was later confirmed in her faith as a youth on May 14, 1978, both at West St. Olaf Church in Hayfield, Minnesota. She received her education in Hayfield, and was a graduate of the Hayfield High School Class of 1981. Brenda continued her education at the University of Minnesota Technical College in Waseca, Minnesota. Following graduation, she worked as a Veterinary Technician in the Veterinarian Research Department at the Mayo Clinic in Rochester. On August 17, 1991, Brenda was united in marriage to Kevin Miller at West St. Olaf Church in Oslo, Minnesota. This marriage was blessed with three children, Logan, Lindsay, and Lane. Brenda and Kevin made their home in Penn Township, rural Brownton, Minnesota and shared 28 years of marriage. Brenda was employed as a Medical Lab Technician at Glencoe Regional Health in the Stewart Clinic for 27 years. Brenda was a member of Immanuel Lutheran Church in Brownton where she was active as a Sunday School Teacher. She was a member of the McLeod West School Board and the GFW School Board where she was also an after prom volunteer at both schools. She was an avid Brownton Community volunteer, 4H Leader and volunteer, and an FFA Coach. Brenda enjoyed camping, water skiing, biking, and hiking. She loved animals, going on family vacations, and was very proud of her Norwegian heritage and traditions. Brenda especially enjoyed and cherished the time spent with her family and friends. Brenda was diagnosed with sporadic Creutzfeldt – Jakob disease in October of 2019. After fighting a courageous battle, she passed away on Sunday, June 7, 2020, at her home in Penn Township, at the age of 57 years. Blessed be her memory. Creutzfeldt-Jakob Disease (CJD) is a rare, fatal brain disorder within a group of illnesses called prion diseases. The incidence of CJD cases worldwide is one to two cases, per million individuals per year. In the United States this statistic translates to nearly 500 new cases per year. Eighty-five percent of CJD cases are sporadic, meaning there is no known cause at present. Arrangements by the Dobratz-Hantge Chapels in Hutchinson. Online Obituaries and Guest Book available at www.hantge.com. 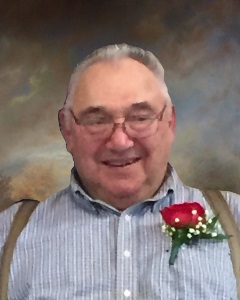 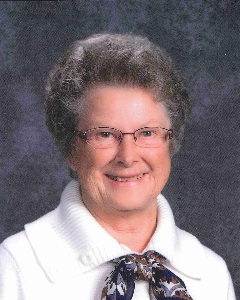