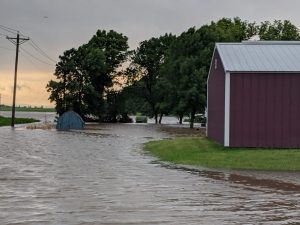 The skies opened up in the dark hours of Monday morning and dropped about nine inches of rain on the area in just a few short hours. About 40 volunteers helped fill sand bags which were distributed on South Carver Street (above), Oak Lane and Hennepin. About 500 bags were used and another 500 were filled and are on standby. Eighth Street between Oak Lane and Hennepin closed due to flooding and has reformed much of what used to be Eagle Lake. 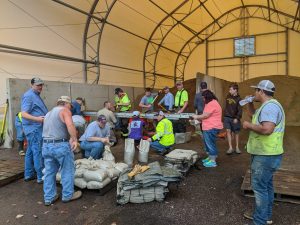