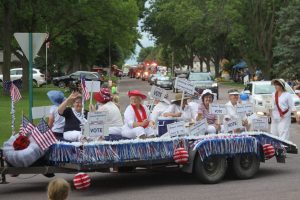 It wouldn’t be Farm City Fun Fest in Winthrop if Mother Nature didn’t play a few tricks. Winthrop’s parade on Saturday got underway without a hitch but with about four units left to get started, the skies opened up, the rain came down and it started to hail. Above: The Sibley County Royalty and candidates were prepared with umbrellas but the storm hit just as they were getting on the parade route. Left: Although they were excited for the parade to begin, the sirens from the long line of fire trucks was a little too much for these guys.

For more photos, check out the July 15 issue of the Winthrop News. 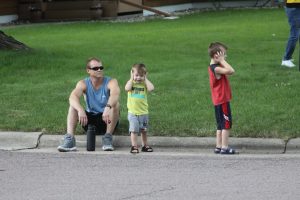