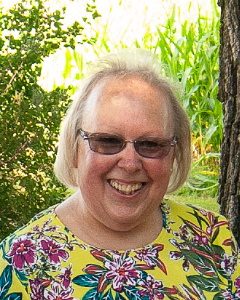 Tamera “Tammy” Jean (Fredin) Fischer, age 59, of Winthrop, Minnesota, passed away on Friday, June 26, 2020, at her home in Winthrop. Gathering of family and friends will be held on Friday, July 17, 2020, from 4:00-8:00 p.m. at First Evangelical Lutheran Church in Winthrop, and will continue one hour prior the service at the church on Saturday. A memorial service will be held Saturday, July 18, 2020, 1:00 p.m. at First Evangelical Lutheran Church in Winthrop. Clergy officiating will be Pastor Erik Karlson. Tamera is survived by her: husband, Rodney Fischer of Winthrop, MN; daughter, Heather Fischer of Wichita, KS; Son, Brandon Fischer and his wife, Ashly, grandchildren; Alia and Vanessa Fischer of Montgomery, MN; mother, Joyce Fredin of Winthrop; sisters, Teresa Olson and her husband, Curtis, of Gibbon, MN, Wanda Lange and her husband, Duane, of Winthrop, MN; brother, Brian Fredin and his wife, Diane, of Winthrop, MN; nephews, nieces, other relatives and many friends. Tammy is preceded in death by her father, Wayne Fredin; parental grandparents. Tamera “Tammy” Jean Fredin was born on August 14, 1960, in Gaylord, Minnesota. She was the daughter of Wayne and Joyce (Henke) Fredin. Tammy was baptized as an infant on September 4, 1960 by Rev. Paul G. Koch at St. John’s Lutheran Church, Mountville in rural Gaylord, Minnesota and was later confirmed in her faith as a youth on April 13, 1975 at First Lutheran Church in Winthrop. She received her education in Winthrop, Minnesota, graduating with the Winthrop High School Class of 1978. Tammy furthered her education by attending two years of cosmetology school at Ritter Beauty School in Mankato, Minnesota. On September 10, 1988, Tamera was united in marriage to Rodney Fischer at First Evangelical Lutheran Church in Winthrop. Tammy and Rodney made their home in the Winthrop/ Lafayette area until moving to Winthrop in December 2000. Their marriage was blessed with two children Brandon and Heather. Tammy and Rodney shared 31 years of marriage. In 1981, Tammy started Back Door Hair Styling in downtown Winthrop and has been in business for the last 39 years. She also helped the residents at Winthrop and Lafayette Good Samaritan Care Centers and Southview Living Center in Gibbon look their best. Tammy was an active member of First Evangelical Lutheran Church in Winthrop where she served as the church comptroller and chairperson of one of WELCA groups. She was also a member of the Winthrop Chamber of Commerce. Tammy served on the Winthrop blood mobile, Winthrop Grackle Days breakfast committee, Winthrop Farm/City Fun Fest chicken dinner committee and Meals on Wheels. On April 6, 2014, she received a commendation from King Boreas Rex, king of the St. Paul Winter Carnival for the years and time she donated to the Grackle breakfast. In 2015, along with her husband, Rodney, she received the Winthrop area Chamber of Commerce award for many years of service to the Winthrop community. Tammy enjoyed reading, doing word finds, geocaching, camping, gardening, fishing or just sitting by a lake. She treasured the time spent with her children, grandchildren, and friends. Tammy passed away on Friday June 26, 2020, at her home in Winthrop at the age of 59. Blessed be her memory. Arrangements by the Dalin-Hantge Funeral Chapel in Winthrop. Online Obituaries and Guest Book available at www.hantge.com. 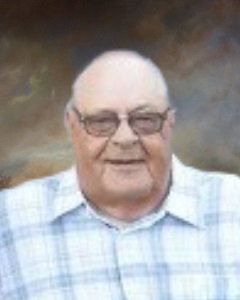 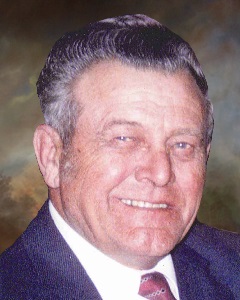