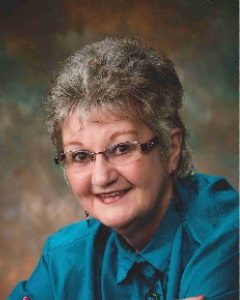 Janet Schwecke, age 77, of Winthrop passed away Monday, November 30, 2020, at the Ridgeview Sibley Medical Center in Arlington. A private family Mass of Christian burial was held on Saturday, December 5, 2020, 10:30 a.m. at St. Francis de Sales Catholic Church in Winthrop with interment in the Winthrop Cemetery. Clergy officiating was Father Bruno Santiago, OSB. Pianist was Mia Busse. Song leader Diane Lang. Congregational hymns were “Here I Am, Lord”, “Hail Mary, Gentle Woman”, “On Eagle’s Wings”, “Song Of Farewell”, and “You Are Mine.” Casket bearers were Philip Dummer, Andrew Pollard, Tyler Dummer, Tyler Besser, Destin King, and Matt Jandl. Janet is survived by her; daughters, Michelle (John) Lindenfelser, Angela (Darrell) Pollard, and Susan (Charles King) Schwecke; grandchildren, Trenton, Brittany, Dalton, Andrew (Madyson), Tyler, Jennifer (Tyler), Gavin, Destin, Aaliyah; great grandchild, Auggie Pollard; special friend, Wally Brede; son-in-law, Philip Dummer; sisters and brothers, Roger (Marian), Dennis (Sherry), Kay, Mark (Lori); nieces, nephews, other relatives and friends. Janet was preceded in death by her parents, Fred and Rosella Volk; husband, Leon “Red” Schwecke; daughter, Julie Dummer; brother, Paul Volk. Janet Marie Schwecke was born on July 2, 1943, in Mankato, Minnesota. She was the daughter of Fred and Rosella (Wilson) Volk. Janet was baptized as an infant and was later confirmed in her faith, both at St. Joseph the Worker Catholic Church in Mankato. She attended Good Counsel Catholic School in Mankato, and was a lifelong Catholic. On February 9, 1963, Janet was united in marriage to Leon “Red” Schwecke at St. Joseph the Worker Catholic Church in Mankato. Their union was blessed with four daughters. After their marriage, the couple resided in Winthrop. Janet was employed for many years at Lyle’s Café and, in her later years, at Young America Corporation and the Winthrop Care Center. Janet and Leon shared almost 40 years of marriage when he passed away on January 15, 2003. Janet was a faithful member of St. Francis de Sales Catholic Church in Winthrop, and served in several volunteer positions and as an usher. Janet’s most prized possession was her family. Her daughters have many fond memories of growing up in a loving home. She spent almost every Saturday night rolling her daughters’ hair for Sunday church. Janet taught herself gardening and canning after the couple moved to a small hobby farm in Winthrop and she was a wonderful cook. She enjoyed many years on a bowling league and the occasional casino trip. After her husband’s passing, she met Wally Brede and they spent many happy years together. He was her constant companion and took wonderful care of her until her passing. Janet passed away on Monday, November 30, 2020, at Ridgeview Sibley Medical Center in Arlington, at the age of 77 years. Blessed be her memory. Arrangements by Dalin-Hantge Funeral Chapel in Winthrop, Minnesota. Online obituaries and guest book available at www.hantge.com<http://www.hantge.com/> Please click on obituaries and guest book.