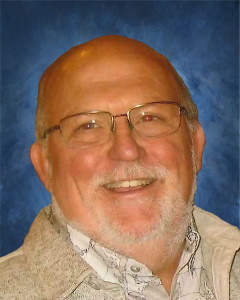 Randy M. Ricke, age 63, husband of Jeri, of Winthrop, Minnesota, passed away on Thursday, October 21, 2021, at Ridgeview Medical Center in Waconia, Minnesota. Funeral service were held Tuesday, October 26, 2021, 11:00 a.m. at Peace Lutheran Church in Winthrop. Interment will be held at a later date. Visitation was held Monday, October 25, 2021, from 4:00-7:00 p.m. at Peace Lutheran Church in Winthrop and one hour prior to the service on Tuesday. Clergy officiating: was Pastor Bob Miner. Organist was Lori Pagel. Congregational hymns sung were “Borning Cry,” “Amazing Grace,” and “Going Home.” Casket bearers were Doug Shult, David Schwarzrock, Brad Voss, Kim Schuch, Lyle Besemer, and Doug Johnson. Honorary casket bearers were Hudson Lee Ricke, and Ethan Daniel Ricke. Randy is survived by his: wife: Jerilyn Ricke of Winthrop, MN; sons: Ryan Ricke of Hutchinson, MN, and his special friend, Katie Laabs, of Minneola, FL, Dustin Ricke and his wife, Mallory of Brownton, MN; grandchildren: Hudson and Ethan Ricke of Brownton, Katie’s daughter, Anna Laabs of Minneola, FL; brothers: LeRoy Hansen and his wife, Karen of Downers Grove, IL, Don Ricke of Santa Rosa, CA, James Ricke and his wife, Connie of Hamburg, MN; sisters: Elaine Ricke Wirtanen of Winthrop, MN, Joan Weldele and her husband, Dick, of Osakis, MN, Dee Wolff and her husband, Leonard, of Burton, TX, Renee Dodds of Plymouth, MN; Godchild: Andrea Anderson of Thompson, ND; nieces, nephews, and many other relatives and friends. Randy was preceded in death by his parents, Herbert and Ivona Ricke; infant brother, Donald Ricke; brother and sister-in-law, Russell and MaryLou Hansen; beloved dog, Newman. Randall Mark Ricke was born November 11, 1957 In New Ulm. He was the youngest child of Herbert and Ivona (Steffl) Ricke. Randy was baptized as an infant and later confirmed as a youth, both at St. Francis Catholic Church in Winthrop. He received his education at Winthrop Public School, and graduated in 1976. He attended Hutchinson Area Vocational Technical Institute, and received a two-year accounting degree. Randy worked at Gamble-Skogmo in St. Louis Park, for about 2 years. On December 18, 1982, Randy was united in marriage to Jerilyn (Gehrke) Ricke at Grace Lutheran Church in Brownton. Their marriage was blessed with two sons, Ryan and Dustin. Randy and Jeri enjoyed 38 years of marriage. They made their home in rural Winthrop, eventually living on part of the original Ricke farmstead. Randy was a dairy farmer for many years, and raised corn and beans during his entire farming career. Randy also spent a few years working for Banner Real Estate, Winthrop, as a real estate agent. Randy was part owner and manager of Meadowbrook Apartments, Gaylord, for 16 years. Randy was a member of Peace Lutheran Church, Winthrop, where he served as treasurer for many years. He was a board member for the Dollars for Scholars Program at GFW, the current treasurer for the Ojibwa Campground Association, Brainerd, and a current member of the Winthrop Lions. Randy was interested in aviation, had a private pilot’s license at one time, and collected toy airplanes. He enjoyed fishing, target practice, and going on ATV trail rides. Randy and Jeri loved to travel, and cherished time spent with their family and friends. Randy had a strong faith. He participated in silent weekend retreats at the Jesuit Retreat House at Demontreville for approximately 15 years. Randy also attended the men’s Via de Cristo weekend #367 at Wells, Minnesota, in 2001. These experiences had a profound effect on his life. He was grateful for his many blessings. Randy loved his family, and treasured the time spent with them. He did “men things” with his sons, and later with his grandsons, Hudson and Ethan. Randy was a wonderful husband and father, and a great Papa! He was a friend to many, had a positive attitude, and a great sense of humor. He will be missed. Randy passed away on Thursday, October 21, 2021 at Ridgeview Medical Center in Waconia, at the age of 63 years from complications from a previous surgery. Blessed be his memory. Arrangements by Dalin-Hantge Funeral Chapel in Winthrop, Minnesota. Online obituaries and guest book available at www.hantge.com<http://www.hantge.com/>