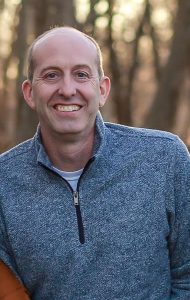 A benefit for Scott VanDeest will be held on Saturday 2 p.m.-6 p.m. at the Lafayette Fire Hall. There will be a free will offering as well as a silent auction. A pork “sundae” meal will be served which includes pulled pork, mashed potatoes and toppings. “I came home with a major headache and went upstairs to lay down,” said VanDeest. “That was the last thing I remember. I don’t remember any of my stay at HCMC for five weeks. The only way I knew I was there was Kim came and picked me up and brought me back home. I’m glad I didn’t know.” VanDeest suffered a traumatic brain injury from adural arteriovenous fistula, which is an abnormal connection between the artery and a vein, behind his left eye. . The doctors said he could have been born with them and they just decided to rupture now. He had an angiogram of his brain because there was still some bleeding and more were found which they cauterized and glued. He was at the rehab center for three weeks and then did therapy in New Ulm Sister Kenney. The incident occurred on June 8, 2020. Kim said she periodically checked on Scott after he came home and after about an hour she found him unresponsive. He was taken by Lafayette Ambulance and met by Allina and taken to New Ulm. Because of COVID, no one was allowed in the room to see Scott. “The nurses were very good at coming out and letting us know what was going on,” she said. The doctor told them that because of the amount of blood on the scan he would be flown to HCMC. At HCMC, Kim would be the only one allowed in but was not allowed to see him. His doctor told Kim that the safest place she could be was at home. They did a quick Zoom before she left. That was the last she would see Scott until the first week of July when she could actually go in to see him. At that point, he had already been transferred to Knapp Rehab Center at HCMC. For about the first 1 1/2-2 weeks he was intubated and sedated. After coming home, it was time for outpatient therapy at New Ulm Sister Kenney where he underwent physical, occupational and speech therapy for three days a week. Scott finished physical therapy in October 2020. In August of this year he finished the occupational and speech therapy. In July he returned for some physical therapy after experiencing some dizziness and balance issues. That was completed in September. “For the most part things have been going pretty good,” Scott said. He said some short term memory issues have been a bit of a struggle but said recovery has been going really well. Kim said the early stages of rehabilitation were very good with quick recovery and then in the spring things started to plateau. He was feeling a bit frustrated at that point because things had started to slow down. He still suffers from balance issues and has to be careful with quick movements. Scott is working part-time at Wakefield Pork. He returned to his job in December of last year on a very limited basis and is now at least four days a week about 6-7 hours a day. “I didn’t really expect it,” he said of the benefit. “Everybody has reached out and want to help. It’s been wonderful the support that people have given me. So many people have reached out. It’s been awesome.” Added Kim, “We are very grateful and so glad he is here today. We are grateful to the community and Scott’s fire and ambulance family.” “I definitely want to thank Kim and Morgan for what they have done,” Scott said. 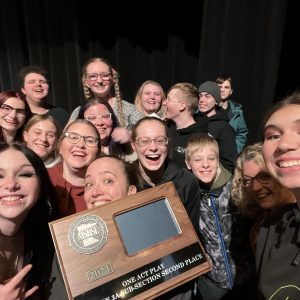 Moving on to Sections