Doris Liesenfeld, age 91, of Winthrop, passed away Tuesday, January 4, 2022, at Bayside Manor, formerly Oak Terrace Health Care Center in Gaylord. Memorial service will be Saturday, January 22, 2022, 11:00 a.m. at First Evangelical Lutheran Church in Winthrop. Gathering of Family and friends will be from 9:30 a.m.-11:00 a.m., Saturday, All at the church. Clergy officiating Pastor Erik Karlson. Organist Charles Luedtke. Congregational hymns “On Eagle’s Wings”, “How Great Thou Art”, and “Amazing Grace.” Doris is survived by her: daughter, Lori Bennett and her husband, Mark of Becker, MN; grandchildren, Melissa Liesenfeld of WY, and Angela Richardson of AK; sister-in-law, Carol Hurdelbrink of CO; niece, Lisa Hurdelbrink of CO, and nephew, Bob Bengson of Litchfield, MN, other relatives and friends. Doris was preceded in death by her parents, Albert and Emma Bengson; husband, Eddie Liesenfeld; son, Charles Liesenfeld; brothers, Alloyus Bengson and Eli Bengson; niece, Linda Torgerson; nephew, John Hurdelbrink. Doris Marvel Liesenfeld was born on February 14, 1930, in Winthrop, Minnesota. She was the daughter of Albert and Emma (Kley) Bengson. Doris was baptized as an infant and was later confirmed in her faith as a youth, both at St. John’s Lutheran Church, Bismarck Township, Sibley County, Minnesota. She received her education in Winthrop. On July 19, 1963, Doris was united in marriage to Edwin “Eddie” Liesenfeld at St. John’s Lutheran Church, Bismarck Township, Sibley County, Minnesota. After their marriage, the couple resided in Winthrop. Doris was employed at Fingerhut for several years, and then 3M in production, retiring in 1994. Doris and Eddie were blessed with two children, Charles “Chuck” and Lori. They shared 52 years of marriage when Eddie passed away on August 23, 2015. Doris was a member of First Evangelical Lutheran Church in Winthrop. Doris enjoyed playing cards, cross-stitching, fishing, horseshoes, bowling, and she tied lures for JB Lures. She cherished the time she spent with her daughter and son-in-law and neighbors. Doris was blessed to live in her own home for many years before she became ill and went to Oak Terrace Health Care Center in Gaylord on December 30, 2021, and passed away there on Tuesday, January 4, 2022, at the age of 91 years. Blessed be her memory. She lived a long and happy life in Winthrop. The family would like to thank longtime friends, Barb Conklin, Che and Bill May and Mike DeWitte for all they have done for Doris over the years. The family invites everyone to the luncheon following the service at Tanker Bay in Winthrop. Arrangements by Dalin-Hantge Funeral Chapel in Winthrop, Minnesota. Online obituaries and guest book available at www.hantge.com 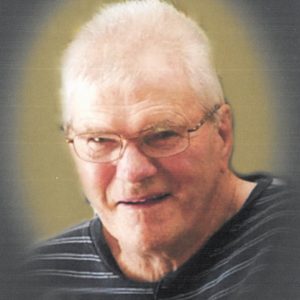