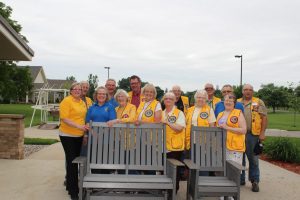 The Winthrop Lions was started in May of 1983 by a group of people who wanted to give back to their community and to be a part of something larger than just their community. The Winthrop Lions club is part of Lions International with over 48,000 clubs and 1.4 million members, in over 200 countries around the world helping others and making communities better. The Winthrop club donates to LCIF a foundation that helps communities in times of need. Such as hurricanes, tornados and earth quakes. The total contributions to LCIF last year were $78.46 million and provided 570 grants totaling $40.93 million to address vital humanitarian needs.

For the complete story, check out the March 23 issue of the Winthrop News.