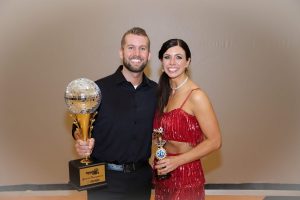 Following in the footsteps of April Trebelhorn and Phil Grochow, Katie and Jesse Gran decided to try their hand at Dancing Like the Stars—2B Continued. Katie and Jesse attended the live performance last year and had a blast. “Immediately after we were done, they told us ‘Hey you guys are next year.’ Yeah. Haha. Good joke,’ Jesse said. “When they started getting their stuff put together for 2022’s event, Tammy Diehn, the director, reached out to us. We talked about it and thought it would be fun.” Jesse said that his family experienced a loss by suicide last year. “For me it was watching the aftermath of that. The loss is sad but watching my aunt deal with that and his siblings. It was a lot. How do you go through a year like that and say no to this,” Jesse said. “I’m a huge mental health advocate when it comes to seeing people need help. So many people keep it inside. There is no shame. I have anxiety and have battle depression. You can’t go into it alone. Tammy is trying to show people that you are not alone,” added Katie.

For the entire story, check out the April 20 issue of the Winthrop News. 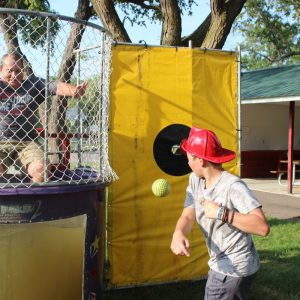