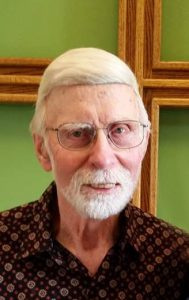 Arvid Albin Melquist, age 80 of Volga, passed away on Friday, November 27th at his daughter’s home under hospice care. Private family memorial services were held 11:00 a.m. Wednesday, December 9, 2020, at First Lutheran Church in Volga. A celebration of life and burial will be held this spring. The memorial service will be live-streamed on the Eidsness Funeral Home website under Arvid’s obituary. Eidsness Funeral Home is assisting the family with arrangements. His family and grandsons were very important to him. Survivors include his wife, Alvina (Lindquist) Melquist of Volga; daughter, Annica and Mike Hornick of Volga; grandsons, Joe and Chris; brother, David; and several nieces and nephews. He was preceded in death by his parents, brother Vernon, and many aunts, uncles, and cousins. Arvid was born May 5, 1940, to Albin Frank and Martha Bernice (Nelson) Melquist in New Ulm, Minnesota. As a child, he grew up in Lafayette, Minnesota and attended school in New Ulm, MN. In 1953, Arvid graduated from New Ulm High School. Arvid married Alvina (Lindquist) Melquist, they were married for 44 years. After graduating, Arvid worked at various jobs in Minneapolis and Arizona, he eventually had part ownership as well as an operator of a farm tiling business. Although Arvid was not able to join the military because of his hearing deficit, his beloved German Shepard (Otto) was sent to Vietnam in his place, which made Arvid very proud. Arvid was a member of the First Lutheran church in Volga, SD and Winthrop, MN, where he was involved in various activities. Not only was he faithful to his church, but Arvid was also a member of the Son’s of Norway and the Lions club. Although he did not have a desire to travel, once he was on a trip, he most likely enjoyed it more than anyone, and was always on the go to read local information and see the sights. He enjoyed trips to Alaska, Norway, Sweden, and many places in the U.S.A. He had a passion for his Harley-Davidson motorcycle and his 1950 Chevrolet. He took pleasure in attending tractor shows. The love Arvid had for the outdoors was endless. He enjoyed a beautiful flower garden, yard work, skiing cross country or downhill, biking, camping, and especially sitting around camp fires. Arvid was also a craftsman who enjoyed woodworking. When Arvid wasn’t outside, he would be reading or learning more about history. Arvid loved music and dancing. He had a passion for small animals. From dogs and cats to feeding the rabbits, squirrels and birds in the back yard.