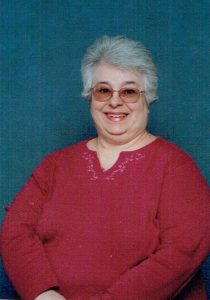 Janet May Pelletier, age 80, of Winthrop, passed away September 20, 2021. She was born on February 19, 1941 in Sparta, Michigan. She enjoyed quilting and traveling and had visited all 50 states. She was very proud to have earned her college degree in 2002. She was preceded in death by her mother Betty Smith and stepfather LeRoy Smith; father Edward Frick and stepmother Beverly Frick, brother Robert Frick and sister Carol Smith. She is survived by her husband Edmund Pelletier; children Laura Pelletier of Eugene, Oregon, Brent Pelletier (Charmin) of Winthrop; Charlene Pelletier of Winthrop and Christopher Pelletier (Amber) of New Ulm; her grandchildren, Jennifer Lameire (Dan) of Raymond, Washington and Briana Pelletier of Plymouth; her brothers Kenneth Frick (Judy) of Ithaca, Michigan and Timothy Smith (Donna) of Skandia, Michigan and 8 great grandchildren. A funeral will be held 2 p.m. on Saturday, September 25, 2021 at Peace Lutheran Church in Winthrop.