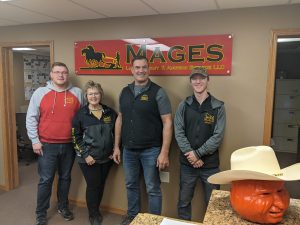 Mages Land Company and Auction Service received the Star Tribune Minnesota’s Best Gold Award for best land and auction company. Matt Mages received notice in June that they had taken first place in the category and all of the best of Minnesota recently gathered for a gala. “It was a surprise,” Mages said. The company had to be nominated by someone but he is not sure who did those honors. Voting for the award was done online. There were eight nominated throughout the state.

For the complete story, check out the November 3 issue of the Winthrop News.