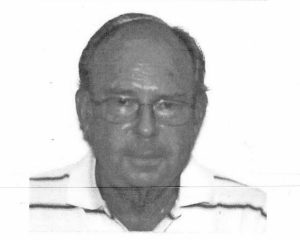 Roger O. Schroeppel, 80, of Laguna Vista, TX formerly of Spicer and Redwood Falls, MN passed away January 13, 2021 at Victoria Comfort Home, Harlingen TX after a full and fun filled life. He was born in New Ulm, MN to Dr. John E. and Alice Schroeppel of Winthrop, MN. He attended elementary and high school in Winthrop, MN where he excelled at both academics and athletics. His love of aviation started early with models and fly by wire planes, followed by becoming a pilot, and ending with RC planes until he could no longer fly. He loved cars and owned many over the years. He attended the U of M and graduated from medical school in 1965. He loved being a physician and caring for people in his community including obstetrics. He practiced for a short time in Winthrop and Tracy, MN then in Redwood Falls, MN until retiring in 2002. During his time in Redwood Falls, he developed an interest in farming to better understand his community and patients. After retirement, he spent summers at his lake home in Spicer, MN and winters in Laguna Vista, TX where he continues living life to the fullest until he no longer could. Roger and Karen always enjoyed attending the Lutheran Church. They last attended Fishers of Men Lutheran Church in Porto Bello. Texas. He is survived by his wife of 58 years, Karen; children Lori (Don) Mann, Lisa (Gary) Woods, Jill Meyer, Thomas (Paige) and Kara Williams.; Siblings Rev. John (Anne), Douglas (Nancy), Kay (Brad) Ferris, and Sue Coulter. Also, ten much adored grandchildren. In lieu of flowers, the family requests donations to the Parkinson’s Foundation or a charity of choice. Fond memories and expressions of sympathy may be shared at www.heavenlygracergv.com for the Schroeppel family.