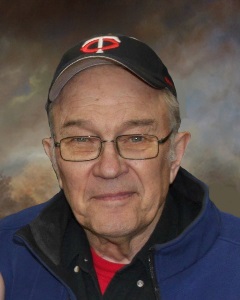 Delmar Bussler, age 88, of Winthrop passed away Saturday, May 8, 2021, at the Good Samaritan Society in Winthrop. Private family funeral service were held at Faith United Church in Winthrop with interment in the Winthrop Cemetery. Public visitation was held on Friday, May 14, 2021, 4:00 p.m.-7:00 p.m. at the Dalin-Hantge Funeral Chapel in Winthrop. Masonic Prayer service was held at 7:00 p.m. Friday. Clergy officiating was Pastor Merline Duering. Pianist was Kirsten Kinzler. Congregational hymns sung were “Amazing Grace”, and “What A Friend We Have In Jesus.” Casket bearers were grandchildren, Jakob Freese, Cody Jackson, Dylan Jackson, Jack Bussler, Justin Rettmann, Will Carlson, and Nathan Schroeder. Military Honors was Winthrop Honor Guard. Delmar is survived by his: wife, Beverly Bussler of Winthrop, MN; children, Jeffery Bussler and his wife, Lois of Winthrop, MN, Thomas Bussler and his wife, Carolyn of Mount Shasta CA, Robert Bussler and his wife, Lori of Winthrop, MN, Daniel Bussler of Finlayson, MN, Cynthia Jackson and her husband, Dale of Winthrop, MN, and Mark Bussler of Winthrop, MN; 7 grandchildren; 5 great grandchildren; stepchildren, David Flink and his wife, Shari of Hutchinson, MN, Mark Flink and his wife, Renee of Rosemout, MN, Steven Flink of TX, Jean Sanders-Werner and her husband, Randy of Winthrop, MN and James Sanders and his wife, Dawn of Sleepy Eye, MN; 7 step grandchildren; sister-in-law, Cindy Arhart of Winthrop, MN; other relatives and many friends. Delmar was preceded in death by his parents, Albert and Lilly Bussler; wife, Rebecca Bussler; brothers-in-law, Dallas and Rosemary Arhart and John Arhart; Great grand step child, Matthias Wahl. Delmar Albert Bussler was born on December 9, 1932, in Winthrop, Minnesota. He was the son of Albert and Lilly (Schuft) Bussler. Delmar was baptized as an infant and was later confirmed in his faith as a youth, both at Peace Lutheran Church in Winthrop. He received his education in Winthrop and was a graduate of the Winthrop High School Class of 1950. He furthered his education at Dunwoody in Minneapolis for two years. On August 19, 1953, Delmar entered active military service and served in the United States Army. He received the rank of Corporal E4. Delmar was Honorably Discharged on May 18, 1955. On June 18, 1955, Delmar was united in marriage to Rebecca Arhart. After their marriage the couple resided in Winthrop. Delmar was owner-operator of Bussler and Son Construction, retiring in 2007. Delmar and Rebecca were blessed with six children. They shared 32 years of marriage when Rebecca passed away in 1987. On June 5, 1993, Delmar was united in marriage to Beverly Ann Constance Beyer. After their marriage, the couple resided in Winthrop. Delmar and Beverly shared 27 years of marriage. Delmar was a member of Faith United Church in Winthrop, the Winthrop American Legion Post #314, Winthrop Opportunities, the Masonic Lodge, the Ho-Ho Shriners Club and the Winthrop Lions. Delmar enjoyed playing baseball, playing cards and old-time dances. He cherished the time he spent with his family, especially his children and grandchildren. When he needed assistance with his daily care, Delmar became a resident of the Good Samaritan Society in Winthrop and passed away there on Saturday, May 8, 2021, at the age of 88 years. Blessed be his memory. Arrangements by Dalin-Hantge Funeral Chapel in Winthrop, Minnesota. Online obituaries and guest book available at www.hantge.com<http://www.hantge.com/>