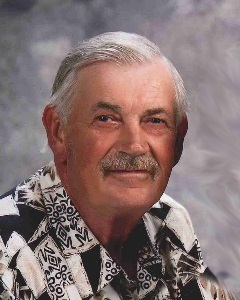 Larry Hopp, age 73, of New Ulm, Minnesota, passed away peacefully on Friday, November 26, 2021, at his home surrounded by his family, and Shirley’s best friend, Audrey Rath. Funeral service will be Thursday, December 2, 2021, 11:00 a.m. at Peace Lutheran Church in Winthrop with interment in the New Ulm City Cemetery. Visitation will be Wednesday, December 1, 2021, from 4:00 p.m.-8:00 p.m. and will continue one hour prior to the service, ALL at the church. Clergy officiating will be Pastor Bob Miner. Organist will be Lori Pagel. Eulogy will be Audrey Rath. Special music “Go Rest High On That Mountain”, and “My Old Man.” Congregational hymns “On Eagle’s Wings”, and “How Great Thou Art.” Honorary casket bearers will be grandchildren, Ramsey Hopp, Levi Hopp, Mitchell Hopp, Jase Hopp, Wyatt Hopp; Ron Kelm, and Terry Carter. Casket bearers will be Brian Pautz, Scott Paa, Randy Johnson, Jeremy Carter, Chris Hopp, and Tom Palmquist. Larry is survived by his wife of 47 years, Shirley Hopp of New Ulm; sons, Marcus (Shelly) Hopp of New Ulm, Chad (Krista) Hopp of New Ulm; grandchildren, Ramsey, Levi, Mitchell, Jase and Wyatt Hopp of New Ulm; siblings, Vickie (Terry) Carter of St. James, Kim Paa (Ron Kelm) life partner of New Ulm; sister and brother-in-law, Adriane and Milton Lindeman; sister-in-law, Pam Hopp; aunt Lois Palmquist many nieces, nephews, cousins, and his dog, Bella. He was proceeded in death by his parents, Herbert & Ruby Hopp; father-in-law and mother-in-law, Wesley and Alice Schuette; and brother, Jim Hopp. Larry was born May 18, 1948, at Union Hospital in New Ulm. He was baptized on June 6, 1948, and confirmed on May 13, 1962, at Immanuel Lutheran Church in Gibbon. He attended and graduated from Gibbon High School in 1966. After high school, he was drafted into the United States Army. He was stationed in Korea as a clerk typist, specializing in missile reports. Larry was united in marriage to Shirley Schuette on May 4, 1974, at Peace Lutheran Church, Winthrop. He adored his family, especially his grandchildren. He enjoyed attending their sporting events, hunting, fishing, going to the lake home, golfing, driving his side by side around town, and having coffee with his buddies. He spent many years shelling corn with his father, owning and operating Hopp’s Bowling Lanes, bus driving, road construction for Stark Brothers, and co-owner of SouthView Living Center. He also was employed by Dairy Farmers of America in Winthrop for 22 years, retiring in 2010. There was never a person that walked away from him without a smile on their face. Larry Carl Hopp passed away peacefully on Friday, November 26, 2021, at his home in New Ulm, surrounded by his family, and Shirley’s best friend Audrey Rath, at the age of 73 years. He will be missed dearly. Arrangements by Dalin-Hantge Funeral Chapel in Winthrop, Minnesota. Online obituaries and guest book available at www.hantge.com<http://www.hantge.com/>