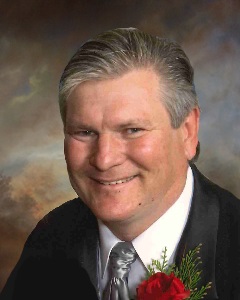 Curtis Hahn, age 62, of Gaylord passed away Friday, November 12, 2021, at his home in Gaylord. Funeral service were held on Tuesday, November 23, 2021, 11:00 a.m. at St. Paul’s Lutheran Church in Gaylord with interment in Trinity Lutheran Cemetery, Sibley Township, Minnesota. Clergy officiating was Pastor Scott Richards. Honorary casket bearers were grandchildren, Emma Pagel, Treyton Enter, Trysten Enter, and Jackson Diggs. Casket bearers were Keith Johnson, Mike Hendryks, Brian Thies, Chris Johnson, Lonnie Bacon, and Dan Wincentsen. Curt is survived by his: wife, Tracy Hahn of Gaylord, MN; children, Brianna Pagel and husband, Adam of Winthrop, MN, Hali Diggs and husband, Daryl of New York, NY, Hilary Enter and husband, Nick of Minot, ND; grandchildren, Emma Pagel, Treyton and Trysten Enter, and Jackson Diggs; mother; 1 sister; nieces, nephews, other relatives and friends. Curt was preceded in death by his father, Herman Hahn; father in law and mother in law, John and Sandra McClelland. Curtis “Curt” Herman Hahn was born on April 15, 1959, in Gaylord, Minnesota. He was the son of Herman and Vera (Quast) Hahn Jr. Curt was baptized as an infant and was later confirmed in his faith as a youth. He received his education in Gaylord and was a graduate of the Gaylord High School Class of 1977. On June 25, 1994, Curt was united in marriage to Tracy McClelland at Immanuel Lutheran Church in Gaylord. After their marriage, the couple resided in Gaylord. They shared 27 years of marriage. He was employed as a truck driver at Western Co-op Transport, Inc. and then CHS Transport for more than 40 years, hauling hazardous materials. Curt and his wife, Tracy, own and operate Hahn’s Dining and Lounge in Winthrop. Curt was an active member of St. Paul’s Lutheran Church in Gaylord. He served on the church council for several years. He was a member of the Gaylord Jaycees. Curt had a love of the land and that showed through his passion for farming. He enjoyed having coffee with the boys at table 8. Curt cherished the time he spent with his family, especially his children and grandchildren. Curt passed away on Friday, November 12, 2021, at his home in Gaylord at the age of 62 years. Blessed be his memory. Arrangements by Egesdal Funeral Home in Gaylord, Minnesota. Online obituaries and guest book available at www.hantge.com<http://www.hantge.com/> 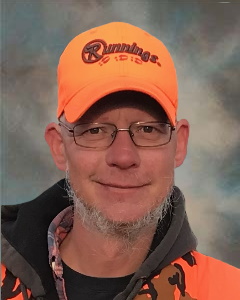